This is part 2 of the “True Cross Country” post. ​If you missed the first part of this blog post, make sure you read about adventures on flying cross country from California to Wisconsin. 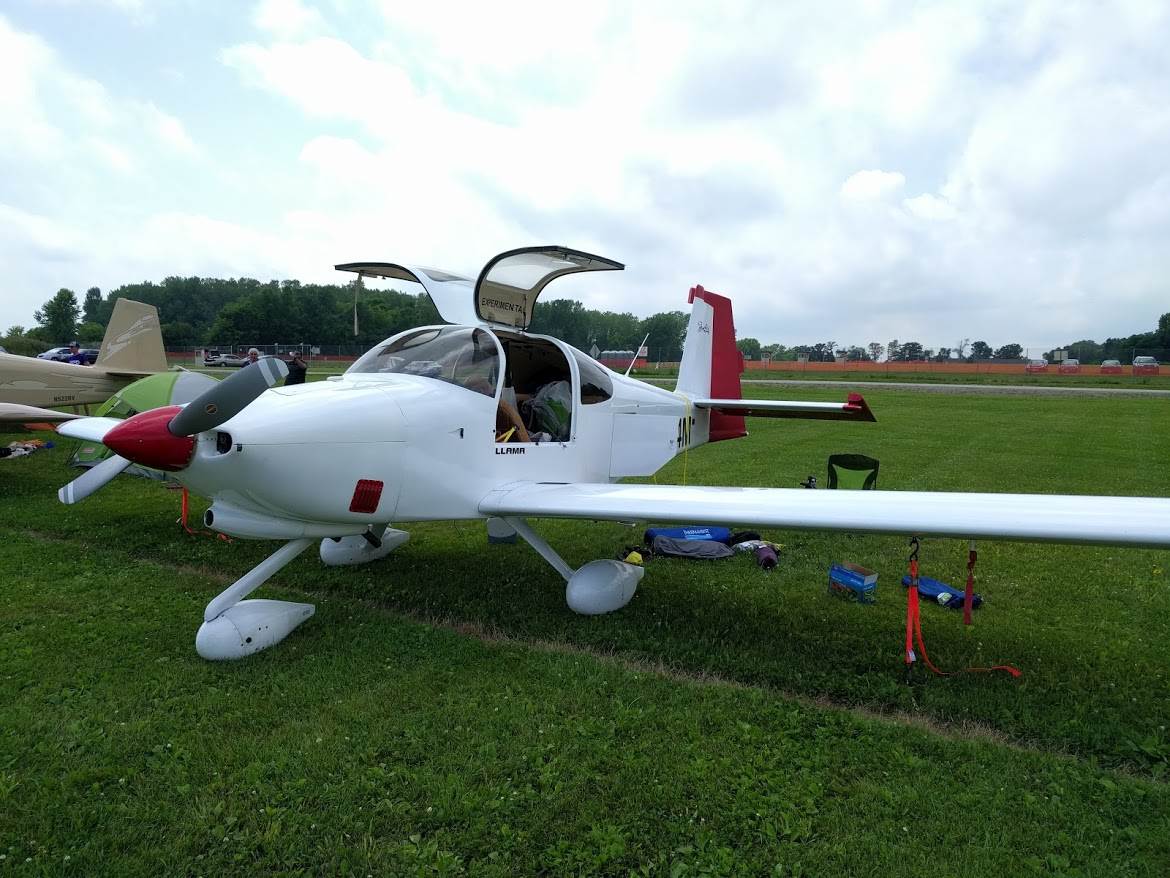 Planning for the Arrival

Oshkosh, Wisconsin becomes the largest airport in the world by aircraft operations during yearly EAA Airventure event. In 2016, they had close to 15,000 operations during the Airventure week. It is a lot of planes, a lot of approaches, landings, takeoffs and departures. It takes planning and preparation and then execution to get there safely. Yearly, pilots are reminded to read the notam. NOTAM, or “notice to airmen”, describes to arrival and departure procedures for both VFR (visual) and IFR (instrument) pilots. It is critical for everyone’s safety to read, understand and conform to what’s there.

The gist of a VFR arrival is that by the time you arrive at the town of Ripon, Wisconsin, you’ve listened to the arrival ATIS, you maintain 1,800 feet MSL and 90 knots. You find railroad tracks, find a plane to follow and follow them 1/2 mile in trail directly over railroad tracks. By the time you get to the town of Fisk, you get asked to rock your wings and you get assigned a runway. You are not supposed to talk on the frequency.

Of course, the weather threw a wrench into our carefully crafted plans. The Sunday morning was misty, light rain was falling and the Baraboo – Wisconsin Dells airport was IFR. Instead of departing at 6:30 AM we woke up at 7:30 AM, ate breakfast, packed up and headed to the airport. By the time we arrived, the airport was marginal VFR with low ceiling of 1,100 feet AGL. We had the plane refueled (took 20.8 gallons of fuel) and waited a bit. There were quite a bit of other pilots waiting, trying to discern the situation at Oshkosh. I remembered that I have LiveATC application installed on my phone, fired it up and heard Fisk Approach asking people to rock their wings. That meant the field was open and accepting arrivals!

We boarded the plane and took off. The ceilings were really marginal, at 1,800 feet MSL we were maybe 600 feet below the clouds. The signs of Oshkosh craziness showed early. We dialed in Arrival ATIS frequency and heard people chatting on it (wat??). Someone was complaining that people are turning off their transponders (NOTAM clearly says to turn off your transponder 30 miles from Ripon, unless you are ADS-B out equipped). ATIS said Oshkosh is landing runways 27 and 18R.

Arrival at Ripon was unique. For the first time in my life I saw at least 5 planes converging at one point, while another 20 or so were approaching, according to my ADS-B display. Of course, the display only showed planes with transponders on, so there must have been even more planes coming in and converging. We found the railroad tracks and got behind at least 4 planes trying to form a conga line. I believe all 5 planes (including us) were converged on a one mile length and slowing down because someone felt it is appropriate to fly 70 knots instead of prescribed 90. After about a minute of this craziness I made the decision to bail out and return to Ripon for another try at sequencing.

Another try was a bit more successful. We got behind a V-tail Bonanza and started following the railroad tracks. Well, that didn’t last — Bonanza slowed down significantly and dropped at least 500 feet below, and was one mile off course. Additionally, runway 27 closed because someone landed their Mooney gear up there. Fisk Approach was asking for 1 mile spacing, then they switched to 2 mile spacing to give the tower breathing room. Finally, the exasperated controller said that he sees people in parallel, deviating away from the railroad tracks and at different speeds. He started sending people back, especially those who were not following the railroad tracks. At this time, Bonanza was about a mile to the north west of the tracks, doing 70 knots and veering off course even more. We stopped trying to follow it, maintained 90 knots, 1,800 feet and over the railroad tracks. Arriving at Fisk, we were greeted with “white and red RV, rock your wings”, “good rock! follow Fisk Avenue for runway 18R”.

There was no one ahead of us in sight (2 mile separation), so we approached and turned downwind then base. On base we were instructed to touch down on the blue dot, which I did. Ground controllers directed us to HBC (Homebuilt Camping). All in all, only 1.1 hours but soooo intense.

I will not go into details of the show, there are so many other good posts about it. It was simply awesome and I wished Ada could be with me then. Please enjoy some pictures from it.

I have planned to be at the show until Thursday morning. That day I planned to depart for Atlanta, where I would pick up my friend Greg and come back with him to California. As usual, the weather dictated a change in plans…