My own plane is in an annual condition inspection, where my mechanic is doing some additional work. I wanted to remove the dead-weight air conditioning and fix a hole in the cowling that was made to support the A/C compressor.

​I got news about a plane down in marshes near Palo Alto airport through my company’s pilots discussion list. Someone even posted an aerial view of the plane in the marshes. From the pictures it was easy to identify that the area the plane landed on was in Ravenswood Open Space Preserve. My wife, daughter and I set up to visit that area, as it has a walk/bike path leading to an observation deck that seemed to be quite close to the landing site. We parked at Cooley Landing which is one of the most identifiable landmarks when you take off or approach Palo Alto. Often, in haze, or in setting sun’s glare, the first thing I can identify is Cooley Landing. You can see below how it looks from the ground. 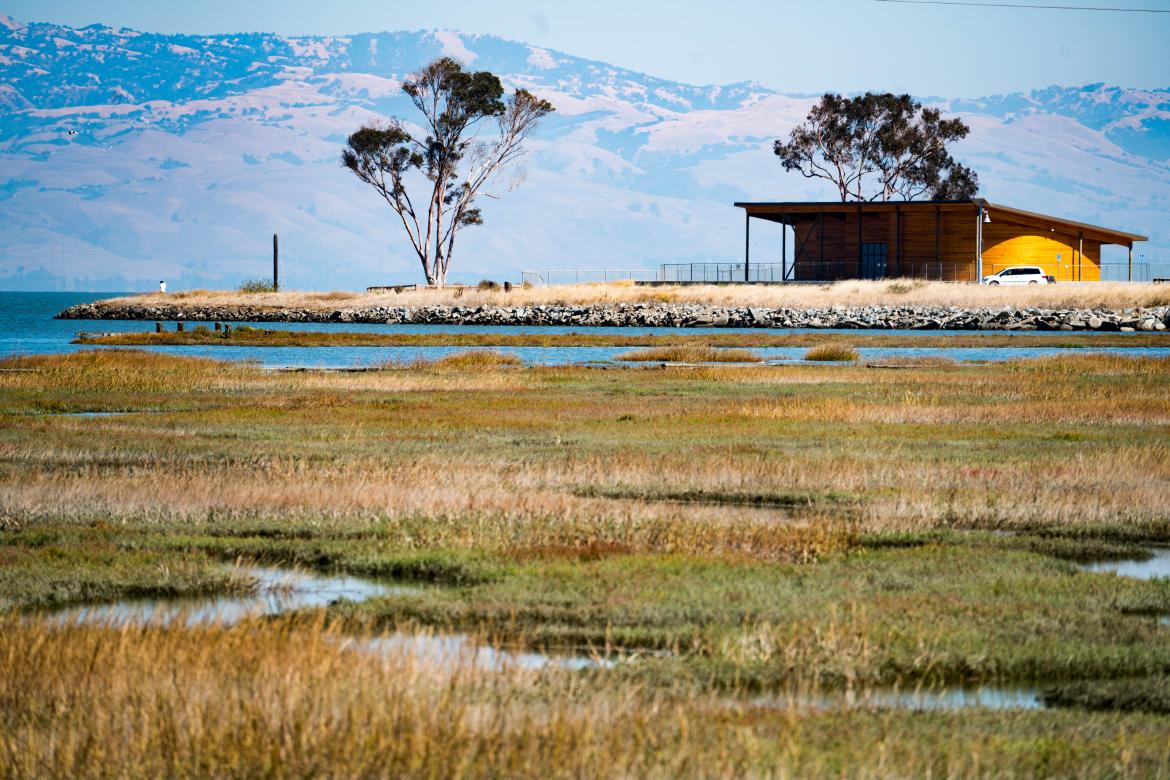 It is basically a marsh, haven for birds. There were many birds around. I am not a bird watcher, so I cannot really identify any of them, maybe except for a crane. There were many other birds, taking off from nearby Palo Alto airport. These were of migratory, propeller type. I am sure the real bird watchers are not too fond of those birds.

Around 2PM on Friday one of the airplanes taking off of Palo Alto lost its engine. The airplane, a Citabria, was operated as an instructional flight, with my instructor, Martin Michaud in the back seat. I haven’t talked to Martin beyond “glad you’re ok” email but he promised a story to tell next time we go out flying. From the location of the airplane it is obvious they have not tried to turn back to the airport. Martin was always patiently telling me, that there is plenty of flat, empty spaces and there is no reason to risk the “impossible” turn back to the airport. Obviously, what he is teaching, worked for him this time. Thank you, Martin.

As you can see from the pictures below, no harm was done to the occupants of the airplane and no harm was done to the airplane (which Martin owns by the way). We found the airplane tied down at the end of the path through Ravenswood Open Space Preserve. The tail tie down is one of a kind. I still have no idea how they’re going to haul it back to Palo Alto for engine work. I suspect they will take the wings off and put everything in a big UHaul truck. Time will tell. Enjoy the rest of the pictures.